Enjoying the day on Cane River

A field of cotton, ready for harvest

Melrose Plantation, a historic center of art and culture

A group of kayakers paddling on the Cane River

Looking out over the Cane River

A tour boat on the riverbank

An afternoon carriage ride through the Historic District

Historic and colorful buildings on the riverfront

Generations of stories created in a charming community

At more than 300 years old, the oldest settlement in northwest Louisiana is a favorite destination for its culture, history, recreation and shopping. Founded by a French Canadian explorer, the quaint city of Natchitoches (pronounced “Nack-a-tish”), sits along the banks of Cane River Lake. With just one look at the architecture, the European influence is evident, especially in the Natchitoches National Historic Landmark District that’s a shopping and dining paradise and a bed-and-breakfast lover’s dream.

Natchitoches was founded by Louis Antoine Juchereau de St. Denis in 1714 while he was en route to Mexico from Mobile, Alabama, on a trade mission. When he reached the village of the Natchitoches Indians on the Red River, he had two huts constructed and left a small detachment there to guard the stores and trade with local people. This became the first permanent European settlement in the territory later known as the Louisiana Purchase. The replica of Fort St. Jean Baptiste at Cane River Lake, just a few hundred yards from the original fort site, is open for tours.

At Cane River Creole National Historical Park, see Oakland Plantation and the outbuildings of Magnolia Plantation, two of the most intact Creole plantations in the USA. Both were established in the 1700s and were owned and operated by the same families for 200 years. Today, the landscapes contain 65 historic structures surrounded by live oak trees, and visitors will experience the evolution of plantation culture from the 1780s to the 1960s. Topics highlighted in park programs include Creole culture, slavery, agriculture, mechanization, religion and architecture.

A few kilometers down the trail, discover the 200-year history of the beautiful Melrose Plantation. The birth of a slave, Marie-Therese Coincoin, and her 10 Franco-African children with Claude Thomas Pierre Metoyer became the legacy of the Isle of Brevelle Creole Community. Their descendants live along the Cane River today.

Within the heritage area, absorb more of the local lore with informative and entertaining visits to the Los Adaes State Historic Site and the Louisiana Sports Hall of Fame and Northwest History Museum.

Cultural Immersion in a Dynamic City

Visit at any time of the year to enjoy festivals large and small. Natchitoches is a city where the meat pie is revered and the Christmas Festival of Lights, the city’s biggest and oldest festival, continues for six weeks.

Stroll through the historic district downtown, and shop in an eclectic array of boutiques lining the brick streets. Stop by the Kaffie-Frederick General Mercantile, a general store that opened in 1863. Admire the stunning Minor Basilica of the Immaculate Conception Church, considered the heart of the city. Take a horse-and-buggy tour to see buildings that reflect Queen Anne, Italianate, Spanish Revival, Federal, Art Deco and Victorian architectural styles. Stay overnight in one of more than 25 bed-and-breakfast inns.

Learn about the American alligator at the Gator Country Alligator Park through abundant hands-on interactions and educational programs. When it’s time to venture into the wilderness, explore bayous, bald cypress groves and pine forests on 243,000 hectares at Kisatchie National Forest.

The 1989 movie “Steel Magnolias,” which was filmed in Natchitoches, was based on a true story of one of its residents and chronicled the friendships of six women.

7 Louisiana Outdoor Activities For the Whole Family to Enjoy

9 Travel Hacks for the International Visitor in Louisiana

See Louisiana Through the Eyes of Musician Tab Benoit

History, Culture and the Outdoors in Alexandria and Pineville

Lafayette, Louisiana: The Heart of Cajun and Creole Country 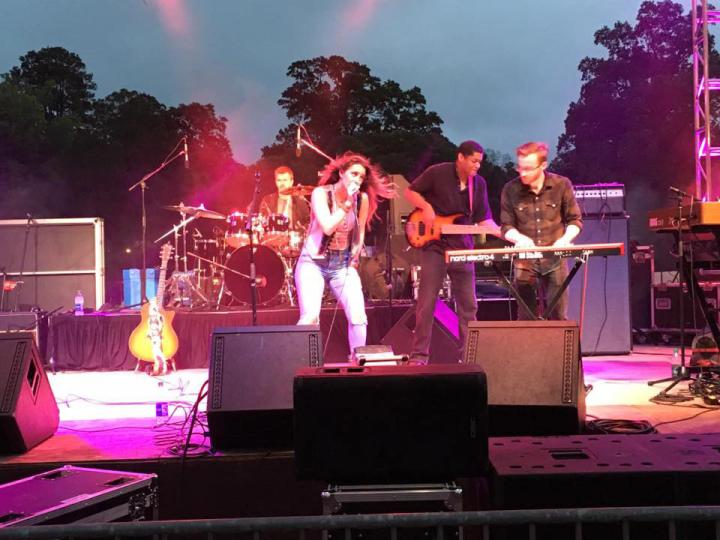 Turn on the Holidays Festival of Lights

Bloomin' on the Bricks